What is petroleum, and where does it come from?

Home/News/What is petroleum, and where does it come from?
Previous Next

What is petroleum, and where does it come from? 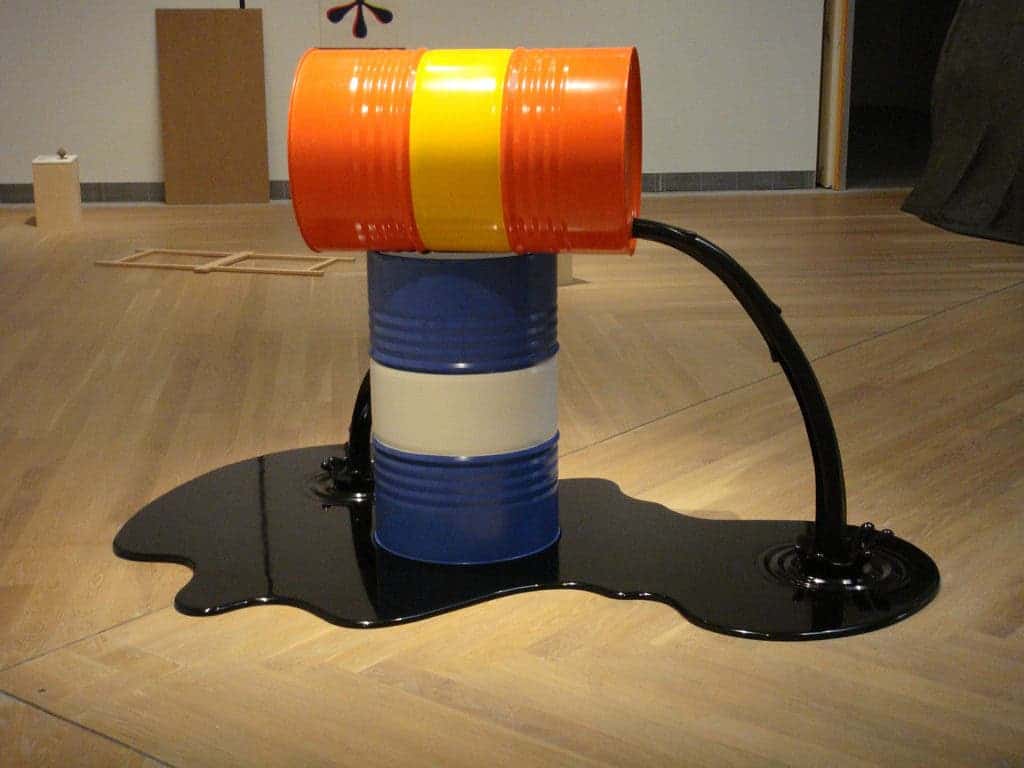 But it’s undeniable that fossil fuels allowed our societies to dramatically change in a very short span of time. Using them, people could bring much more energy to bear in shaping our environment than previously possible — and energy means tractors to pull plows instead of oxen, cars instead of carriages, steel mills instead of blacksmiths, iPhones instead of carrier pigeons. More available energy makes everybody richer, better fed and longer-living than ever before.

We’re now at a point where we can/should opt out of fossil fuels and into other, cleaner and more efficient sources of energy; but we’re not going to talk about that right now. Today we’re going to take a look at what fossil fuels are to understand why they had such an effect on society. And we’ll be starting with the one we’re probably most familiar with in our day-to-day life.

Petroleum (from the old Greek petra, meaning stone and oleummeaning oil), also known as crude oil, is a fluid mix of liquid and gaseous hydrocarbons, inorganic chemical elements, and physical impurities. It usually comes laced with a hearty serving of bacteria to boot. While romantic images or old-timey movies about daring derrickmen show all crude oil to be pitch-black, it’s not uncommon to see dark brown oil or for it to take yellow, red, even green hues based on its chemical composition.

Oil composition actually varies so widely that one of the most used crude oil classification standards is by production area (e.g. Oman-Tapis oil, West Texas Intermediate oil, so on). Two other important classifications systems rely on density (light/heavy oil) or sulfur content (sweet/sour).

Crude oil is one of the most important hydrocarbons today, and it literally keeps our industries running both as an energy source and a critical raw material. It forms deep underground, and only rarely makes an appearance topside without our help. Its choice of neighborhood, chemical composition, and the fact that crude oil has a bit of a body odor issue going on, all come down to:

Like all other fossil fuels, crude oil is formed from things which used to be alive a long time ago but aren’t anymore. In theory, any dead plant or animal can turn into petroleum over millions of years but it’s mostly algae, plankton, and zooplankton which formed the crude oil we use today. What those three have in common (and lends them well to oil-formation) is that they’re aquatic. Living in the ocean helps a lot with points 1. and 2.: on the one hand, marine environments are teeming with nutrients and usually support a lot of biomass. On the other hand, there’s more sediment in watery environments than on dry land (think of how much new soil the Nile deposits every time it floods).

Making crude oil is kinda similar to making wine in that you need to let it sit but not breathe, or it will spoil — so both of these factors are critical for its formation. The process needs a lot of fresh (well, fresh-ish) organic matter. Since there are so many critters living in oceans, these environments can deliver the huge quantities of biomass needed (things die and sink to the bottom faster than bacteria can decompose them). Oceans can also muster the sediments required to cover biomass before it rots away in less-abundant areas. So overall, virtually all of the most important oil deposits formed on the bottom of ancient oceans and seas (which may be dry land today).

While there’s nothing explicitly prohibiting dry land environments from forming oil, the odds are stacked very highly against them. The main problem is that sediment mobility is severely limited on land compared to the ocean, so there’s nothing to insulate dead biomass from oxygen. For crude oil to form on land, you generally need a fast movement of sediments — think massive floods, landslides, mudflows, that sort of thing — or watery, muddy areas such as lakes and marshes. Plant resin can also kerogenize. However, deposits formed on dry land generally tend to form coal (from harder-to-decompose wood,) and their share in the global crude oil reserve is likely insignificant.

As new sediments fall to the ocean’s floor over millions of years, their weight pushes down on our intrepid biomass deposit formed in steps 1&2. We’re talking pretty big pressures here — imagine holding a column of rock, gravel, sand a few kilometers/miles high on your shoulders, topped by an even higher column of water — which compress that matter hard enough for it to heat up. Under such conditions, the chemical bonds in the biomass start to break down and re-form into new, more heat-and-pressure-stable compounds.

A structure rich in kerogen and bitumen is known as a ‘source rock’ because this is where the oil will come from. As it keeps sinking lower into the crust, the kerogen in our source rock gets subjected to even more pressure, but that’s OK because it’s so dense that it can take it. However, it also gets hotter, and that’s what will finally turn it into petroleum.

What we perceive as heat is a motion of particles — the hotter something is, the more its atoms will bounce around and into each other. Heat is, if you zoom in close enough, kinetic energy. So when you pump heat into the nicely-stacked sheets of polymers in our kerogen, you make their atoms want to move around.  Eventually, if you pump enough heat into them, the structures become too energetic to remain stable and break apart into progressively smaller bits — heat “cracks” them open.

At this point, the oil and gas are both liquid and mixed together, like an unopened can of soda. Being fluid and much less dense than the rocks around them, this hydrocarbon cocktail resulted from cracking will try to work its way upwards above to the surface.

There are rocks all around it, however, so the oil can’t form lakes or river per say but has to travel through the pores and cracks of surrounding rocks in its merry way to the surface. Some rocks, such as sandstone or limestone, are especially porous and lend themselves well to transporting crude oil.

What usually happens, however, is that oil gets trapped under a layer of rock it can’t pass through, and will wait there until a drill head comes a-knocking.

To sum it up

So, to go from a dinosaur (more likely from a bunch of plankton) all the way to petroleum, you need a lot of time and quite a fortunate series of events: first, you need a lot of stuff to die in just the right spot and get buried under sediment in a hurry. This stack of biomass needs to get squished and baked into a source rock full of juicy bitumen and kerogen and then heated up — but not too much — to form oil. All of this needs to take place under a porous and permeable (meaning the pores are connected to each other so they can act like tiny pipelines) rock for the oil to travel through and accumulate in. And everything has to be covered with a cap rock (a seal), or some other mechanism has to be in place to prevent this oil from spilling up to the surface.